I hope you had a nice weekend before the Polar Vortex of 2014! (TM) makes its way to your locale. Dallas is supposed to have lows in the 20s next weekend. Brrr…perfect time to write, though, right?

Next week I’ll write my final post on writing for teens, and include some pictures/highlights from a visit to my son’s middle school to talk to the 8th grade class about books, writing, and loving words. Here’s hoping they don’t throw fruit at me 10 minutes in. : ) But, in the meantime, I thought I’d give y’all an update on what I’ve got cooking for projects. 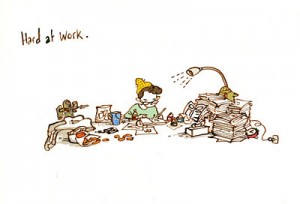 Right now, I’m doing the proverbial juggling act. For starters, I’m writing a brand new first-book-in-a-series for NaNoWriMo, and I’m actually staying on track with the word count. I love getting to know Gaige and Kimber, too. They are the MCs for this new YA paranormal/Urban Fantasy about a pair of teen sleuths who solve sticky problems for students at their school. Ex-boyfriend posted nasty pictures of you on Tumblr? Kimber and Gaige will track them down and make those pictures disappear.  But they’ve run into a weird case–animals are going missing, pets in particular, and are later found dead. The police are baffled, so when the hot new guy in school asks Kimber to help find his missing dog, she jumps for the chance and begs Gaige to take the case with her. Unfortunately, Gaige (a paranormal sensitive) is worried there’s more to this mystery than some psycho who gets off by killing other people’s pets. The ghosts in his life (yes, ghosts : D) keep sending him warnings that something’s amiss, but Kimber doesn’t believe in ghosts…and that’s the rub.

It’s been so much fun to write. I’m 15k in, and the voices are starting to gel. The tone is a little similar to Matt Archer but older, with a hint more romance/unrequited love, and more grounded in the everyday life of the suburbs of central Texas. (Anybody from San Marcos? I could use some insider details!)

So what else is going on? Well, I’m getting ready to do some rewrites on a contemporary YA project for my publisher, I’m waiting on editorial notes for the Unstrung prequel novella, and I hope to have a cover to share with you soon,  with release scheduled in early January (December if I don’t have a ton of edits). I’ve started the sequel, tentatively scheduling the release for late spring, and I have a SEKRIT PROJECT in the works under a pen name.  That one, unfortunately, is low priority given all the other projects, so I don’t have a release date yet. It’s also much darker than my typical work, so I’m going to put it out in disguise. ::dons fake mustache and fedora::

All this, and I’m hoping that I can make something out of the NaNo novel to share with y’all next year sometime. Whew–that’s a lot for the next 8-12 months, but exciting too.

Is anyone else doing NaNoWriMo? If so, click here to buddy up.

Have a great week!