I trust everyone is having a great fall so far. Mine has been: marching band, a high school team that’s 5-1, a college team that’s 4-0, and a baseball team headed to the MLB playoffs. Oh, and Once Upon a Time started back up. Add in the crisp mornings, our Halloween decorations, and the fact that I finished a draft for the Zoey book (YES, YES I DID!) on Sunday, it’s been a very happy week.

Before we get to the point of this post, though (and I’ll give you three guesses as to what we’re talking about–you won’t need that many), how about a quick update? So, yes, the Finding Perfect sequel is drafted. It has a lot of iterations to go, and no firm release date, so news will be forthcoming. I also have a few more projects in the hopper for Entangled, because I’m really digging these contemporary YAs right now. However, I’m also on my last pass on UPRISING before it heads to the editor for review, and it’s right on track for a release sometime after 11/15 (aiming for 11/20, but we’ll see if the editor agrees). Next week, I’ll be sharing the gorgeous cover, so come back here next Tuesday to check out the reveal. I’ll also share a chapter one sneak peek here on November 3 (and subscribers to my newsletter will receive chapters 1 and 2!)…so lots happening with the UNSTRUNG sequel!

All righty…so I’m about to show my Gen-X roots by saying–The Force Awakens can’t get here soon enough. (And, yes, I told you three guesses would be enough to figure out our topic. If it wasn’t, here:) 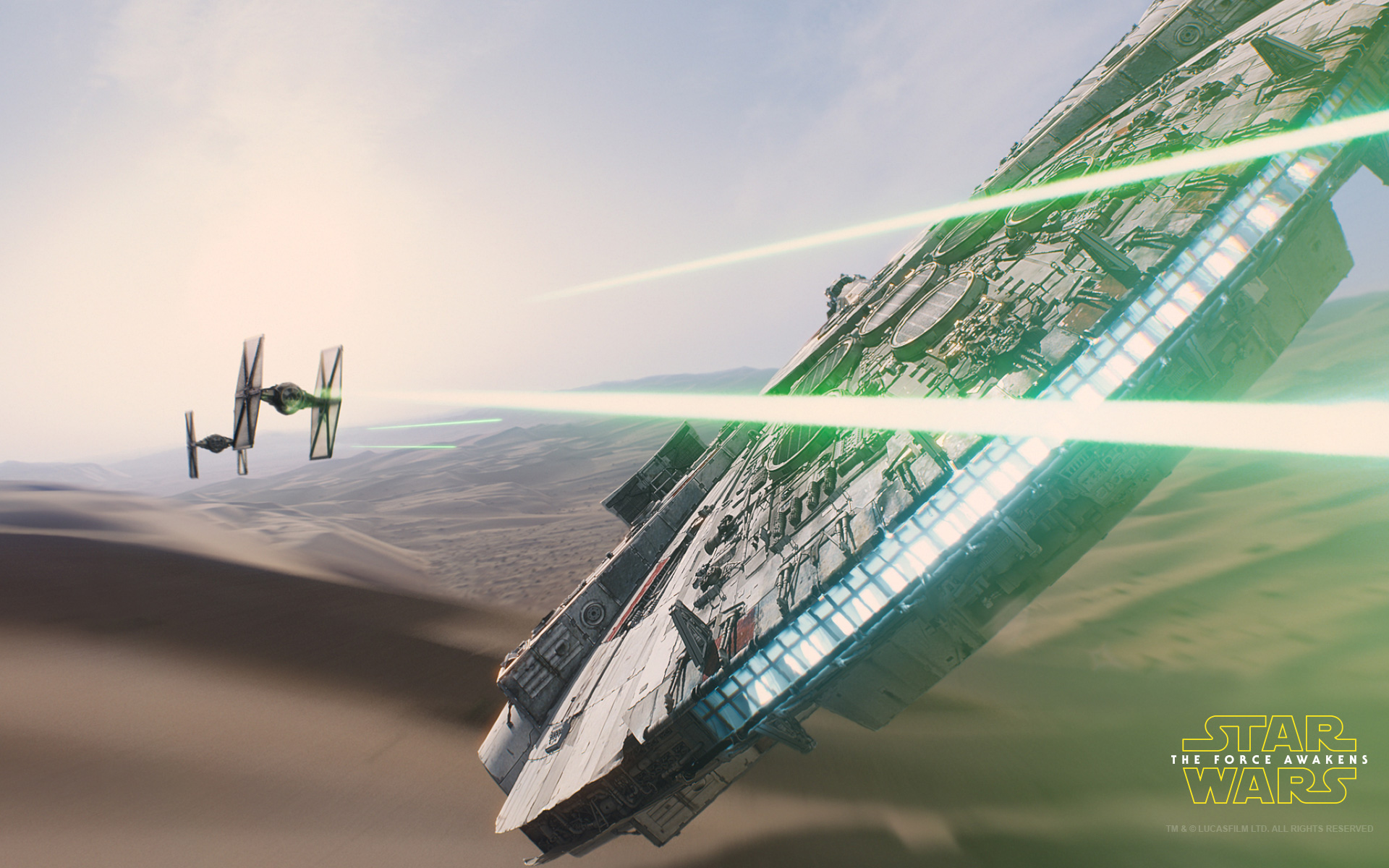 The prequels weren’t bad (don’t get me started on Jar Jar, though), but this…this looks like it could be the real thing. J.J. Abrams has already successfully made Star Trek cool again (yes, I know hard-core trekkies don’t agree, but my kids like it, and they wouldn’t sit through ST:TNG with us, sadly). I can’t wait to see what Abrams does with Star Wars. Here’s the tricky thing–and it applies to reboots in books (the Gone with the Wind sequel, anyone? I thought not) as well as to movies. It’s all about intention. You can be the biggest superfan in all of fandom and still not be able to create a successful, well-liked reboot. The reason? Most of us superfans want to put our spin on things. We want to fulfill our own fanfic desires. While that is 100% okay on a fanfic site/community, it’s not okay for mass-produced reboots. The purity of the thing, making the right story decisions, recapturing the magic–that’s very difficult, and it often means leaving your own wants/desires for the story at the door when you step through. Did everyone want Scarlett and Rhett back together? Yeah, most of us did. But the beauty of Mitchell’s ending is it let her readers decide how. Then when the sequel came out, a lot of us were left scratching our heads. Scarlett, in Ireland? Huh? Does not compute.

But that’s why I’m so eager for this film. In every interview, Abrams talks about the responsibility of doing this, about preserving the original vision. Not even Lucas got it right the second time around (see: Jar Jar Binks), although I’m not sure why. It could’ve been his love affair with CGI…which is something Abrams is eschewing in this move. THEY ARE USING MODELS, PEOPLE! FOR REALS!

Assuming he pulls this off, it will go down as the greatest reboot in film history. In a two-decade period that’s going to see three different Spidermans, this is a big, big deal. Do I think Hollywood should keep copying itself? No…it’s time for more creative, new, daring work in the film industry (just let me keep my superhero movies, ‘kay?). Now, for those arguing SW:TFA isn’t a reboot, I’d say this: yes, it’s the same universe, just in the future. Yes, some of the same actors are coming back. BUT, it feels like a reboot because Lucas stepped away and let another director take it on, and now Disney owns the property. This is a whole ‘nother Star Wars. And I can’t wait!

How about you? What reboots/new sequels are you excited about in the next year?