Last night I sat down and watched one of my favorite movies, Grosse Pointe Blank.  It’d been a while since I’ve seen it, and that made it all the funnier. The part when Martin Blank figures out his childhood home had been turned into an Ulti-Mart? Awesome. The perfect analogy for Gen-Xers struggling to become adults in the 90s.  Man, we were (and still are) a cynical bunch sometimes.

I once heard a really interesting rationale for that. I can’t remember where I heard this theory, so my apologies for not giving credit, but the lecturer was saying childhood heroes have a lot to do with how a generation behaves as adults. Baby Boomers had Kennedy and Neil Armstrong and Martin Luther King Jr. At the opposite end? Gen-Y — their heroes are from pop-culture. They are flooded with images and role models are often celebrities. 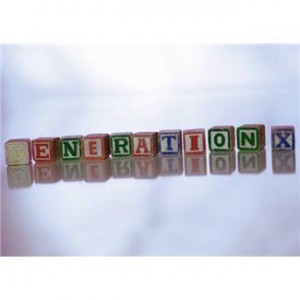 Gen-X? We had no heroes.

Yep–if you think about it, most Gen-Xers grew up in the late 60s, the 70s and the early 80s. Nixon and Watergate. The Iran Hostage Crisis. The Iran-Contra affair. Scandals in government, inflation, and unemployment had our parents worried.  And we grew up under that. Gen-Xers were the first large scale latch-key generation. We were expected to be independent and self-sufficient at an early age. In fact, here’s what Wikipedia has to say:

“…Gen Xers have cultural perspectives and political experiences that were shaped by a series of events. These include post-assassination of John F. Kennedy government and culture, the Vietnam War, Nixon Shock economic policies, 1970s energy crisis, stagflation, Watergate, the rise of the anti-nuclear movement, the mainstreaming of the environmental movement, the presidency of Jimmy Carter, Pope John Paul II, the Iran hostage crisis, the presidency of Ronald Reagan, the War on Drugs, the AIDS epidemic, the 1984 Summer Olympics, the Space Shuttle Challenger disaster, the Chernobyl disaster, Black Monday, the election of George H.W. Bush, the fall of the Berlin Wall and the subsequent end of the Cold War, the formation of the European Union, the launch of the Hubble Telescope, the savings and loan crisis,[15] the Impeachment of Bill Clinton, the release of Nelson Mandela, and the longest recorded expansion of GDP in the history of the United States during the 1990s economic boom. Other major events include the availability of personal computers and the ushering in of the information age, the Persian Gulf War, the rise of the internet and the Dot-com bubble….”

Small wonder many of us are kind of cynical.  The world was in a giant stage of flux during our most formative years.  In fact, it might be safe to say Gen X is  the generation of change. Home computers were invented and became practical when we were young. We saw the launch of cable TV and cordless phones, of VCRs (the death of Beta) and the convenience of home media. We were in the workforce for Y2K, the rise of cell phones and the internet.  Other generations were really young–on not born–to witness this change full on. It happened to us during our teens and twenties and I think it’s forced most Gen Xers to believe nothing is certain and to just hang on, hang in and hope you survive the ride. Or, better put, In the preface to Generation X Goes Global: Mapping a Youth Culture in Motion, a collection of global essays, Professor Christine Henseler summarizes it as “a generation whose worldview is based on change, on the need to combat corruption, dictatorships, abuse, AIDS, a generation in search of human dignity and individual freedom, the need for stability, love, tolerance, and human rights for all.”

So while we’ve been labeled the “MTV Generation” or “cynical” or the “Reality Bites” generation, we have a capacity to handle change and focus on the human condition…because we had to.

Maybe we can’t go home again, but many Gen-Xers are okay with that. We’ll make things work where we are right now.

I shared my favorite movie from the 90s…what’s yours?