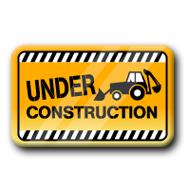 I was sick early this week, so I happened to home the day a massive tornado ripped through Moore, OK. I grew up in Oklahoma City, and spent half the nineties in Norman going to OU. Moore is in between the two. This isn’t the first time Moore’s been ripped apart by a huge tornado and, no matter how hard we hope and pray, it may not be the last.

But I don’t want to focus on the devastation. I want to focus on the outpouring of love and support that came out of the tragedy. People had to be warned away from the area, because folks in pickup trucks filled with bottled water, blankets and power tools came flying down the interstate bare minutes after the tornado passed. Yes, aid flooded in from all around the world–and people are very grateful–but the biggest generosity came from within the state itself. For example, Kevin Durant, of the Oklahoma City Thunder, gave $1 million to the Red Cross. The Thunder promptly matched it. This…this is the Spirit of Oklahomans.

People who didn’t grow up there (or live there for a time) don’t exactly understand. Now, folks from the south tend to be pretty darn nice in general, but there’s an Okie-code that takes it up a notch. I knew all my neighbors growing up. I knew whose yard I could run through and whose I shouldn’t.  I never had any second-thoughts about accepting a cookie from the lady down the street. And when my mom died, we received so much food–honey baked hams in particular–that I can’t face eating ham sandwiches anymore. That was 23 years ago.

Tornadoes tear through the state on an alarming basis. Shawnee, Newcastle, Carney…they’re hurting right now, too (as is Granbury, Texas). But they’ll rebuild, because while Oklahomans can be stubborn, they’re rarely broken. Life there can be hard. The winters get cold and snowy and the wind can cut you in half. The summers are every bit as hot as Texas, and frequently hotter and drier. And springtime? Well Oklahoma springs have a tendency to make major insurance companies extremely nervous. All that aside, though, it was an amazing place to grow up. People there never give up hope, despite what gets thrown their way.  They’ll pick themselves up, dust the red clay off their shoes and start again.

If you’d like to help, please consider donating to the Red Cross or another disaster relief organization.