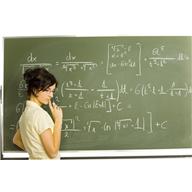 When I was in college, a man stood on the steps of the large general studies building to deride all of us for going to school because “knowledge led to sin.”  A few people argued with him, most of us ignored him. This was 20+ years ago, and you’d think that was an outdated notion…but I just ran across a post giving 8 reasons why you shouldn’t send your daughter to college.

Disclaimer: I am not an atheist. However, I also believe everyone has the right to their own beliefs and do not say mine are right or yours are wrong. I am also not here to bash any denominations or churches for taking a conservative view toward women’s education.

What I do want to do is ask why?

Why, in a modern society where more women graduate from college than men, would someone be promoting that girls shouldn’t attend school? That they should stay at home with their parents until their husbands-to-be show up and take them as brides?  All along, women have had to fight for their right to education and now most modernized societies do just that, and to great success. So why tear that down?

I have a theory: fear.

An educated population is a strong population. I believe teachers should be paid twice what they’re paid now, because the education-level of a nation’s population is a national asset–a treasure.  An uneducated population is easy to control, and that’s what this argument is really about–control. If you are taught that you are less knowledgeable than a person in power, they have control over you. Being uneducated can also lead to limited options for work and betterment, which creates dependency.  Still, I don’t think promoting “male head of household” control was the intent of the article. Rather, it seemed to state that it was impractical for women to spend money on college when they will become stay-at-home Moms. I disagree with that, too, BTW.  Moms have a very hard job, whether they work or stay home, and a college education is useful in more situations than just an office building.

But the most important benefits go to our future generations. An educated society makes breakthroughs in medicine, science and the arts. An educated society builds the future of transportation, improves air quality through innovation and lands an astronaut team on Mars. To say all these wonderful things are a man’s arena alone leaves out the point of view women can bring to the table…and differing points of view often add enhancements in a process that needs them.

Anyway, I know this is a kind of ranty post. I’m just a firm believer in educational opportunities for anyone who wants them.

Do you think that’s on the mark? Or is there some other focus that’s even more important?

One thought on “The Power of Education”