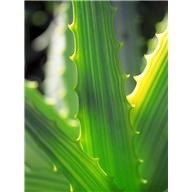 I was watching this pretty cool show with my husband last night called What Is That? on the Science Discovery Channel. Basically, it’s a show full of what I call “visual riddles” in which they display objects in extreme close-up and you have to guess what the object is. They ranged from cool (a football) to disgusting (the digestive tract O.O). It’s funny how little context you have for an object, though, when you are stuck in an extreme close-up. The football was exceptionally hard — the divots in the leather, the edge of the lace, the points at the end. I’ve thrown many a football, and love watching the sport, but I just could not figure out what it was until the very end when the camera zoomed out.

The more I thought about it, the more I realized that writing a novel can be like that. You are so immersed in the extreme close-up with your characters, in the moment with them, that sometimes you miss the macro story for the small moves. The devil is in the details, or so the saying goes, and the sign of exceptional writing is in the details. But there’s a danger, too. I’ve gotten lost in there, and I’ve beta-read novels by fellow writers who did as well. Every so often, you have to pull yourself out of the scene, the moment, and take a hard look at how the story is moving as a whole. I wrote about my plotting issues last week: a classic case of getting lost in the details. To fix it, I had to crack the plot open like an egg, delete some darlings and move certain scenes to the next book. Then I had to add new scenes that pushed the story in the right direction.

This “extreme close-up” issue can impact more than writing though. You see it in movies sometimes, or long-running, intricate TV shows caught in their own mythology.

You see it in life, too. Even been so caught up in a moment that you failed to see the impending train derailment? Yeah, me too.

I guess what I’m saying is that it’s healthy to take a step back every so often and assess the big picture, whether that’s your life or your manuscript — or both! Close-ups are very helpful and meaningful, but not at the expense of the larger story.

How about you? Ever get caught in an “extreme close-up” moment?

One thought on “Ready for a Close-Up?”