I’m so excited to share the cover for the first book in my new series, UNSTRUNG.  The book will be up for pre-order in mid-September–even on Amazon! (KDP authors finally have that functionality), and it will release sometime in mid-October, date TBD.

Okay, without further ado, here’s the cover (and blurb!) for UNSTRUNG! 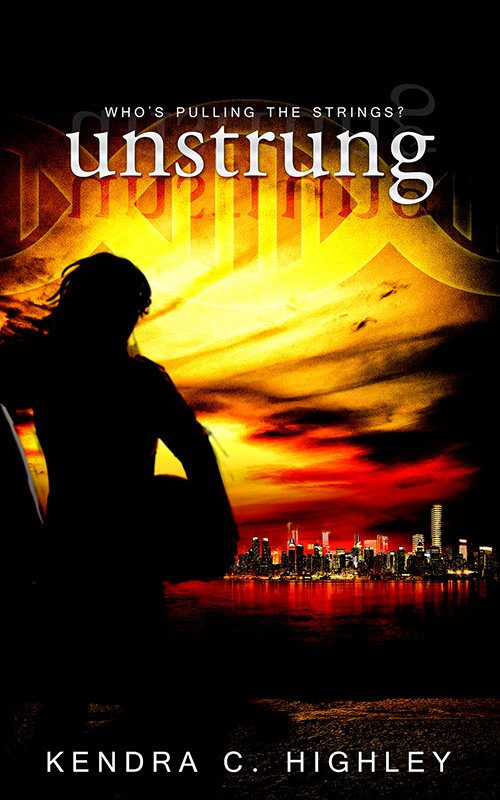 Lexa Pate, seventeen-year-old thief extraordinaire, has burned a bridge or two in her life. You don’t make a career out of stealing other people’s property without making enemies.

When a risky job goes from bad to worse, Lexa and her adopted family find themselves on Precipice Corporation’s hit list because they’ve accidentally stolen the wrong thing—plans for a new model of genetically-engineered super humans. Now every bounty hunter, cop on the take, and snitch in the city is after them.

Lexa’s world crumbles around her as she fights to keep her family safe even as someone strolls out of her forgotten past. Quinn claims to know who Lexa really is, but can she trust a stranger she met while robbing his boss?

More importantly, does she really want to know what Quinn has to tell her?

Based on the fairy tale Pinocchio, UNSTRUNG takes you into a near future world where the lines between fake and real are blurred, all that’s pristine isn’t always innocent, and being a criminal isn’t always wrong.

So, what do you think? And can anyone guess what Lexa is holding in the image? You’ll find out in the chapter one teaser when I release the book for pre-order, but I’m interested to see if anyone can tell.

Glendon and Streetlight Graphics did an amazing job working in a ton of story elements into a single image–it’s beyond everything I asked for, and I’m thrilled by the result.

Thanks for stopping by to check it out!