I received my last editorial letter for Finding Perfect this week (and see, I didn’t say “I got my letter” –private editorial joke. : D ), and in reading it, the advice was so good, but so simple, that I have to share this with anyone who writes or aspires to write fiction.

Why do you love a book? Is it because it makes you feel something? That’s probably it, right? Oh, who am I kidding? It’s the primary reason anyone picks up a book. You either want to learn something, or be swept away. The best way to be swept away is to empathize with a character and her situation. To do that, you need to keep a keen awareness of her feelings–and how her feelings affect yours.

Here’s the funny thing–it’s easy to make someone feel something with writing:

I hate unicorns! And rainbows! And baby shoes! And what you ate for dinner last night! I hate everything nice!*

Many of you probably felt something there. Either amusement, or “how dare she hate unicorns!”  Probably amusement, because everyone knows I dig unicorns, baby shoes, and nice things. I don’t know what you had for dinner last night, so I plead the fifth there, though. But, what if I wasn’t trying to amuse you? What if I really did hate those things? Chances are you’re feeling something totally other than what I intended. Or you’re not invested. Likely both.

Here’s where things get interesting. My editor said something that kind of hit me between the eyes. Now, I thought I was doing a pretty decent job of plying the feels for the reader, and most of the time, I did. But sometimes, come to find out, I was telling you how my characters felt. Not how they reacted, not what they did, but how they felt. Ex. “She felt anxious.” Hmm… And I did it often enough that once she pointed it out, I was like, “oh.”

Now, for some writers this is a total “Well, duh” moment…you guys already know this. And honestly, so did I, but I didn’t see it until H pointed it out, which why you need a good editor, but that’s for another post. That’s the thing–writing emotion into your fiction is the hard part. Balancing telling (which you do need to do, no matter how many “show v. tell” articles you read. Otherwise, your book will be filled with, “The dog bit her and she screeched in pain.”) with showing is an art. It’s not that I’m a lazy writer (I’m not). It’s not that I don’t know how my characters felt (I do). It’s more that I started confusing the word “felt” with the actual feeling. And it’s not the same thing. “After he walked out on her, Miranda felt sad,” is wholly different from, “God, he left. He left. A heaviness settled in Miranda’s chest, and she burst into tears. ‘It’s all my fault,’ she whispered. ‘And he’s never coming back.'”

Which one would pull you into Miranda’s head? Which one is making you ask, “why did he leave?”

I just listened to the audio book of Ignite Me by Taherah Mafi. Story aside (I don’t review books here), her ability to evoke emotion was spectacular. You knew exactly what Juliet felt in the most intense terms. It was palpable. Other writers who do this very well are Laini Taylor and Rainbow Rowell (the last book that turned me into a sobbing mess was Elanor and Park).

So where did I go wrong, and how can I fix it? The answer is simple. The fix…that’s going to take some work. For those who haven’t heard the phrase MRU, read on: 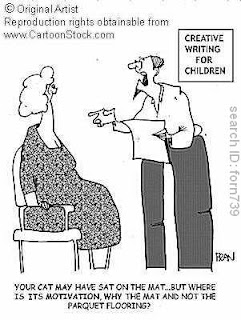 For anybody looking to tighten, heighten, and strengthen your characters’ emotional journeys, and their reactions to stimuli, Randy Ingermanson has some great articles on Motivation Reaction Units (MRUs) and how they’re the key to compelling fiction (which is almost exactly what my editor said, too). Now, he “borrowed” this idea from Dwight Swain’s Techniques of the Selling Writer, and it’s pretty amazing (I’m kicking myself for not buying this book before today. Guh.).

Basically–and most of you probably have heard all about this, so bear with me–reactions have to come in a certain order to ingrain the emotion: Visceral reaction, Reflex (physical reaction), Thought, Speech. You don’t have to have all four, otherwise books would be nothing but reactions and four hundred pages longer than they should be, but they better damn well be in order no matter how many you use, so your reader will experience the emotional roller coaster with them, in the way most humans react to stimuli.

Now, if you’re like me, there’s only so many times you can write “churning stomach,” or “bolt of adrenaline” or “shaking knees” before you get really bored. And if the writer is bored, your readers will have already closed your book and moved on. Plus, we all have our “go-to” physical reaction (mine is “her head started to pound.”). Here’s where another tool comes in–The Emotion Thesaurus. This little book will give you umpteen-thirty ways to describe the intrinsic and extrinsic reactions to an emotion. Adding your own flavor is important, of course, but I’m all for borrowing a head start. : )

So that’s what I’m working on this weekend. Paige has a lot of turmoil going on in her head and her heart, so driving that home is my focus the next few days.

How about you? How do you hammer emotion into your characters? Or, as a reader, what writers really get this right?

* (No unicorns, baby shoes, rainbows, nice things, or dinners were hated on for real in this blog post.)